Structure of the Group

UNIMOT S.A. created a strong Capital Group around itself, consisting of many subsidiaries. Their task is to develop the Group’s operations in the liquid, gas and electricity sectors.

The company UNIMOT Energia i Gaz conducts commercial activities in the area of ​​sales of electricity, photovoltaic installations as well as natural gas and LPG. Tradea deals in the wholesale of electricity. The UNIMOT System company deals in the distribution of natural gas and regasification of LNG through its subsidiary BlueLNG. Unimot Paliwa focuses on trading in fuels on the retail market. The UNIMOT Capital Group also includes the company Green Electricity sp.z o.o., which deals in the short-term rental of scooters and electric scooters, but this company is not consolidated in the financial statements, as UNIMOT S.A. owns only 25% of shares in it. 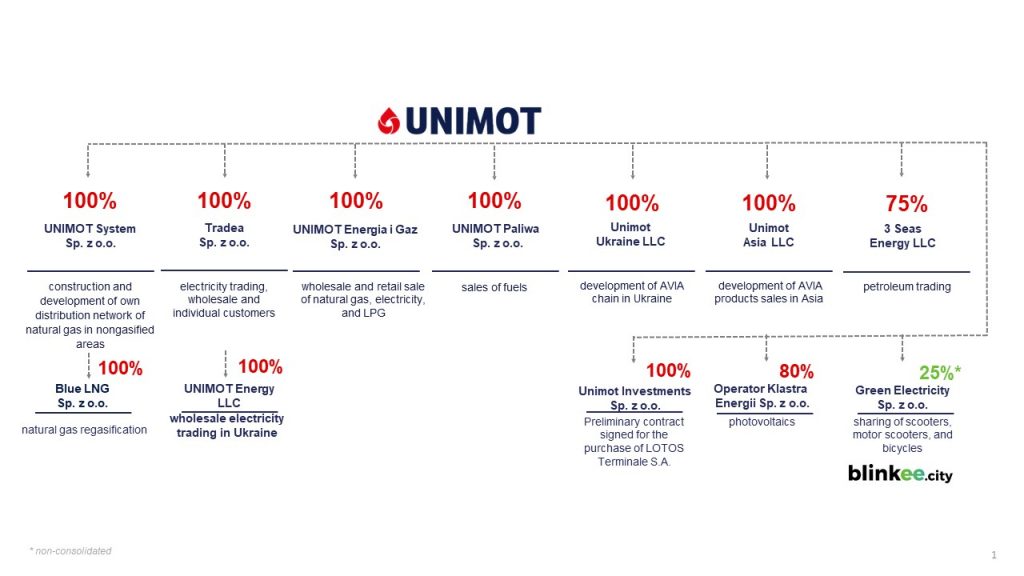 More information about subsidiaries you can find on their websides: