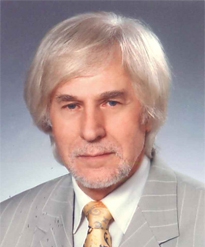 A specialist in organisation and marketing, qualified asset valuer (state rights nr 2519, bank rights nr 1874/XXXIII/01), a Member of the Silesian Association of Valuers. Holder of a scientific title – professor, awarded by the President of Poland.

In the years 1969-72 Mr Budzik worked as a technologist at Zakłady Górniczo-Hutnicze in Sabinów. Since 1972 he has been connected with the Czestochowa University of Technology – first as a research member, then being the director of several departments, currently as a Director of the Production Management Department. Since 2010 Mr Budzik has been a lecturer and the Director of the Logistics Department at the Opole University of Technology.

Prof. Budzik is also a Lecturer at the Bielsko-Biała School of Banking and Management in postgraduate courses for management boards. His numerous publications include over 200 reports concerning Polish enterprises for privatisation and ownership transformations for the Treasury and Voivodeship Offices, as well as over 20 reports on restructuring Polish companies.

Mr Ryszard Budzik complies with the criterion of independence of a member of the Supervisory Board specified in Best Practices of WSE listed companies.

On the basis of the submitted declaration Ryszard Budzik is independent from Unimot S.A. in the understanding of Art. 129 of the Law of 11 May 2017, on expert auditors, auditing companies and public supervision.

Return
FreshMail.com
This site uses cookies to provide services at the highest level. Further use of the site means that you agree to their use.Ok