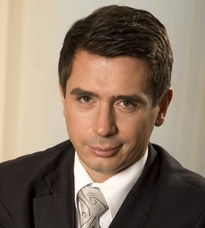 A graduate of the Technical University of Szczecin. In the year 2000 he completed a post-graduate studies in the scope of management and marketing, and in 2004 Executive MBA at the International Management Centre of the Warsaw University and University of Illinois.

In the years 2000-2011 Mr Prusakiewicz was connected with the refinery Trzebinia S.A., where initially he worked as a specialist technologist, then a production manager, a production director, and for the last five years he was a member of the Management Board. In the years 2012-2013 he was a Deputy Director of the Business Unit at SARPI Dąbrowa Górnicza Sp. z o.o.

In addition, in the period of 2006-2012 Mr Prusakiewicz was a member of CEN WG24/TF FAME at the European Normalization Organization and a member of the Subcommittee for Technical Committee Fuels nr 222 at the Polish Normalization Committee (until 2013).

Since 2012 until the present moment Piotr Prusakiewicz has been conducting own business activity in the scope of counseling, comprising widely understood chemical technology in the field of: liquid fuels, liquid bio-fuels and environmental protection.ni

Mr Piotr Prusakiewicz complies with the criterion of independence of a member of the Supervisory Board specified in Best Practices of WSE listed companies.
Based on the submitted statement Mr Piotr Prusakiewicz is independent from Unimot S.A. in the meaning of Art. 129 clause 3 of the Law of 11th May 2017 on statutory auditors, audit firms and public supervision.

Mr Piotr Prusakiewicz possesses knowledge and skills in the scope of the industry of Issuer’s operations.