UNIMOT S.A. is a parent entity in the UNIMOT Capital Group and it relies on relations and 25 years of experience of Unimot Express – a specialist in international trade of petrochemical products.

UNIMOT S.A. commenced its activity in 2011. A year later the Company had its debut on the NewConnect market.

A distinguishing feature of the Company is its dynamic development, incessant extension of its offer and implementation of ambitious business goals, which allow it to exploit intensively new possibilities that arise in the fuel industry. In 2013 the Company launched its natural gas project, its nature being multidirectional sale of gas fuel, and in 2014 it commenced wholesale of diesel. Since 2017 UNIMOT S.A. has been developing a chain of petrol stations in Poland under the AVIA brand based on master franchising contracts. In 2019 the company also started trading bitumen and engine oils. 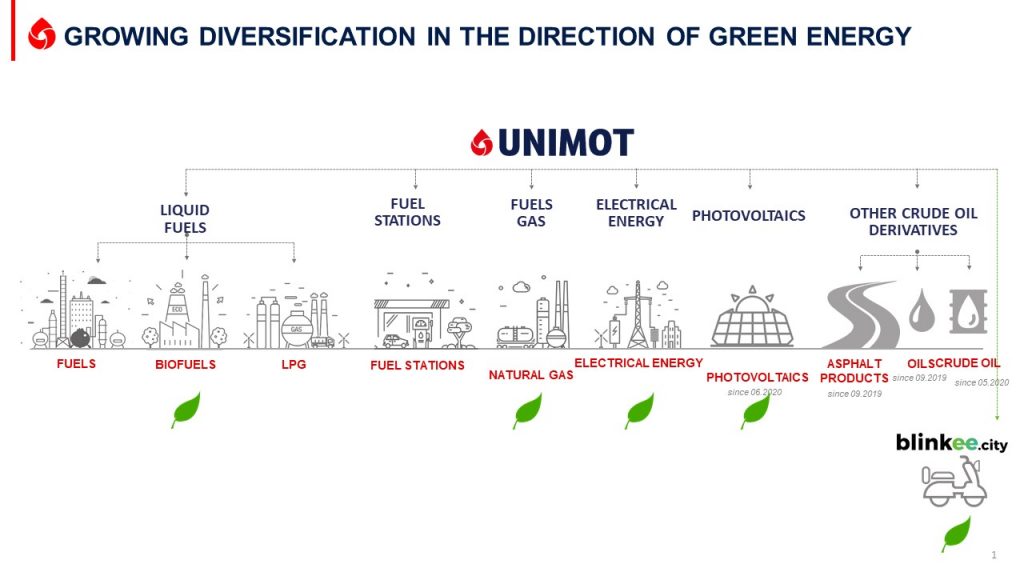