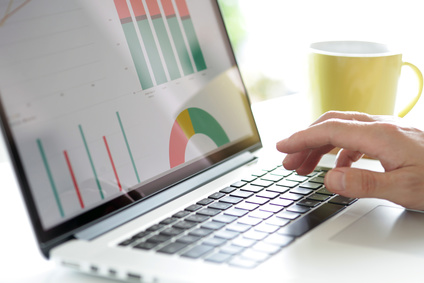 In the first half of 2018 the total revenues of the UNIMOT Group amounted to PLN 1 521 million and were higher by 5.6% than a year before (PLN 1 440.1 million). The Group recorded a net loss of PLN 14.4 million and negative EBITDA result at the level of PLN 7.5 million. The Group’s results were significantly influenced by a lower valuation of diesel mandatory reserve, moving the costs related to NIT and mandatory reserve as well as inventories. EBITDA adjusted for the influence of these factors amounted to PLN 10.1 million against PLN 14.1 million of adjusted EBITDA for H1 of 2017.

In the second quarter of 2018 the UNIMOT Group achieved total revenues at the level of PLN 843.9 million, i.e. by over 11% higher than in the previous year (PLN 774.7 million). The Group recorded a net loss in the amount of PLN 12.5 million, against PLN 4.2 million of profit a year ago. The EBITDA in turn was negative and reached the value of PLN 8.3 million against PLN 7.6 million in H1 of 2017. The adjusted EBITDA in turn reached PLN 1.6 million against PLN 1.9 million in the corresponding period of the previous year.

– The continued in the first half of the present year low margins, which did not cover a significantly higher than in the previous periods cost of National Indicative Target realisation, the cost of mandatory reserve maintenance, and also exceptionally unfavourable market environment caused that the UNIMOT Group finished the first half of the present year with a financial result worse than in 2017 – claims Mr Adam Sikorski, the President of the Management Board of UNIMOT S.A. – Having adjusted the result for the influence of  typically accounting factors the result is positive, but lower by 28.5% than a year ago (adjusted EBITDA PLN 10.1 million in 2018 against PLN 14.1 million  in 2017).

In operating segments breakdown, in the discussed period UNIMOT increased the revenues in the scope of wholesale of diesel oil. However, the Company struggled with higher than in 2017 cost of NIT realisation, as well as very  low levels of wholesale margins at the beginning of the present year, and also a dynamic growth in the prices of diesel oil in April and May.

In the LPG sales segment in the  first half of the year the  Group was operating in a very unfavourable market environment. Following the limitations in access to the product in our country, the cost of its transport, transhipment and forced stoppages at warehouse depots grew, which resulted in achieving lower margins. Despite the unfavourable market conditions UNIMOT recorded in this period a growth in sales volumes by 12.2% yoy, which was reflected in the growth in revenues by almost 11% yoy. This was possible, among others, thanks to commencing the sales from the terminal in a new  location, and also shortening the LPG supply chain. UNIMOT was particularly developing the import activeness, through the territory of Belarus, simultaneously expanding its foreign customers portfolio.

In the natural gas segment, the Group recorded a growth of volumes, and what follows the revenues. However, the results were burdened by a high interest costs, unfavourable contract for gas purchase and too low levels of sales and distribution  tariffs. Since August of the present year UNIMOT will make use of a new much more price-advantageous contract for natural gas supplies and it sells the product at prices higher than in H1 of the present year. Moreover, the Group is currently conducting a series of analyses aimed at this business area optimisation. The Management Board of UNIMOT S.A. estimates that despite the worse profitability achieved in H1 of 2018, the announced in the strategy forecast for the present year will be achieved.

– The peak of the consumption period for diesel oil is reached in the 3rd and 4th quarters, which at the level of higher margins on the product means that in the second half of the year we expect that the results in this segment will improve – comments Mr Adam Sikorski. – I would also like to remind that the long-awaited amendment to the law on bio-fuels became effective in June this year, which will enable us to reclaim the costs associated with over-realisation of the NIT. Moreover, we are going to systematically improve efficiency of all Group’s businesses. We are taking a number of actions in this scope, both on the revenue as well cost side.

Currently the Group is undergoing a process of operating costs optimisation aimed at achieving a more competitive position on the market. According to the Board’s decision these costs should be reduced by approx. 9.5%. Additionally, UNIMOT plans to intensify the activity in the retail sale of fuels (200 of AVIA stations until 2023), build a new source of profits in the form of non-fuel products available at AVIA stations, double the sales of LPG and also develop attractive business areas in the scope of electricity and natural gas.

The factor that supports implementation of the aforementioned assumptions and strategic goals is the change made to the composition of the Management Board of UNIMOT on 21st August 2018 and appointing Mr Adam Sikorski – the founder of the UNIMOT Group and its main shareholder, to the position of its President. The tremendous experience of Mr Adam Sikorski in the fuel industry as well as the fact that he is the creator of one of the largest private companies on the energy market in Poland and also the Member of the Management Board of AVIA International, are best guarantees of development and security for the whole UNIMOT Group.