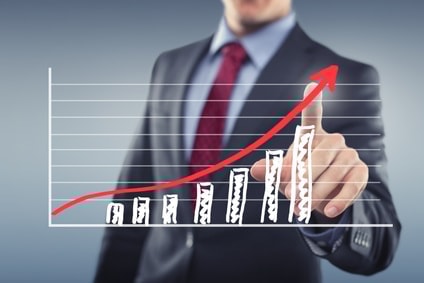 The UNIMOT Group in the 1st quarter of 2017 increased its incomes by 75% quarter by quarter and carried out the issuance goals of J series shares: development of fuel trade, concluding first agreements concerning conducting petrol stations under the AVIA brand and starting the application Tankuj24 for retail on-line sales of fuels.

Additional capital will increase the financial liquidity of the Company and our purchase abilities. This will enable us to order even larger amounts of fuels than last year – said Mr Robert Brzozowski the President of the Board of UNIMOT S.A. – The increase in sales was also influenced by starting in March this year an electronic system of fuel products ordering called e-Zamówienia. The new solution enables clients to place electronic orders for purchase of diesel oil and integrates the ordering system with fuel depots operators – adds President Brzozowski.

An important event for the Company was also signing in February this year a letter of intent with the energy company ALPIQ A.G., with the seat in Switzerland. In the intent letter the parties agreed on conditions and the schedule of action aimed at concluding an agreement of cooperation in the scope of common development of electricity and natural gas, with the use of traditional sales channel and an innovative e-commerce channel. The parties do not exclude capital investments of ALPIQ A.G. Capital Group into the Issuer’s subsidiary, which belongs to the UNIMOT Group, or creating a joint special purpose entity, destined to carry out the planned ventures.

Relevant events after the balancing date

In its quarterly report UNIMOT informs also about a few relevant events, which took place after the balancing date. On 17 May 2017, the Company started a mobile application called Tankuj24, which was one of the goals of the last issuance of shares. The application enables Polish drivers to purchase fuels at more attractive prices than at traditional petrol stations. From the moment of launch the application has been available to download into smartphones and tablets from Google Play and AppStore.

The interest in our application has been tremendous; already after a week of its presence on the market it went to Top10 most frequently downloaded purchase applications in Polish Google Play – claims the President of UNIMOT. The potential of the application has also been noticed by the fuel industry, which awarded it the Audience Award of the XXIV Petrol Station International Fair, which took place in May in Warsaw in EXPO XXI.

Another significant event is signing 5 agreements to open first in Poland petrol stations under the brand of AVIA. In June already three of them will be opened in: Józefów, Łomża, Turek, next ones in Warsaw and Granów will be opened successively.

Additionally, in order to stress its dominant position on the wholesales market among the independent fuel importers, on 5th April UNIMOT announced its own SPOT price for diesel oil. The UNIMOT SPOT price is a real reflection of the situation on the diesel oil market and is created in the basis of the current price at London Exchange.