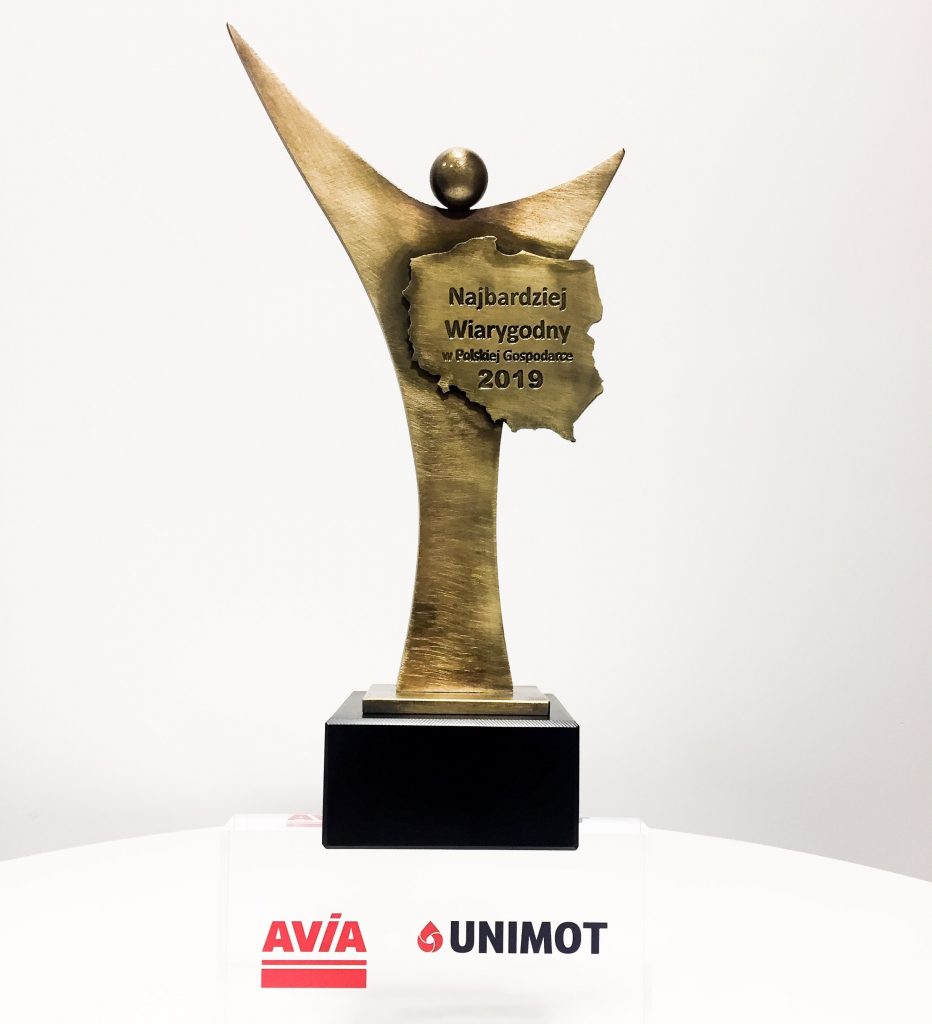 In the second edition of the awards and distinctions gala „The Most Reliable in the Polish Economy” the ISBnews agency honoured companies and institutions that conduct their operations transparently, honestly towards contractors and partners and in compliance with the principles of corporate social responsibility.

During this gala UNIMOT S.A. received an award in the category „The Most Reliable in the Fuel and Chemical Sector” for exceeding financial forecasts and building the value for the shareholders. The company beat such nominated companies as: Anwim, Grupa Lotos, PKN Orlen or Grupa Azoty.

The full wording of the distinction has been included below:

Unimot – the award for exceeding financial forecasts and building the value for shareholders. As preliminary estimates show in 2019 the company increased its revenues on sales by almost a third, to approx.. PLN 4.3 billion and also achieved record profits. The adjusted EBITDA was over 40% higher than the forecast presented in the company’s strategy. Simultaneously, within the last year the price of Unimot share on the WSE grew from about PLN 8 to about PLN 30 per share. The company is also conducting a successful expansion abroad – building AVIA stations in Ukraine and AVIA engine oils to China.