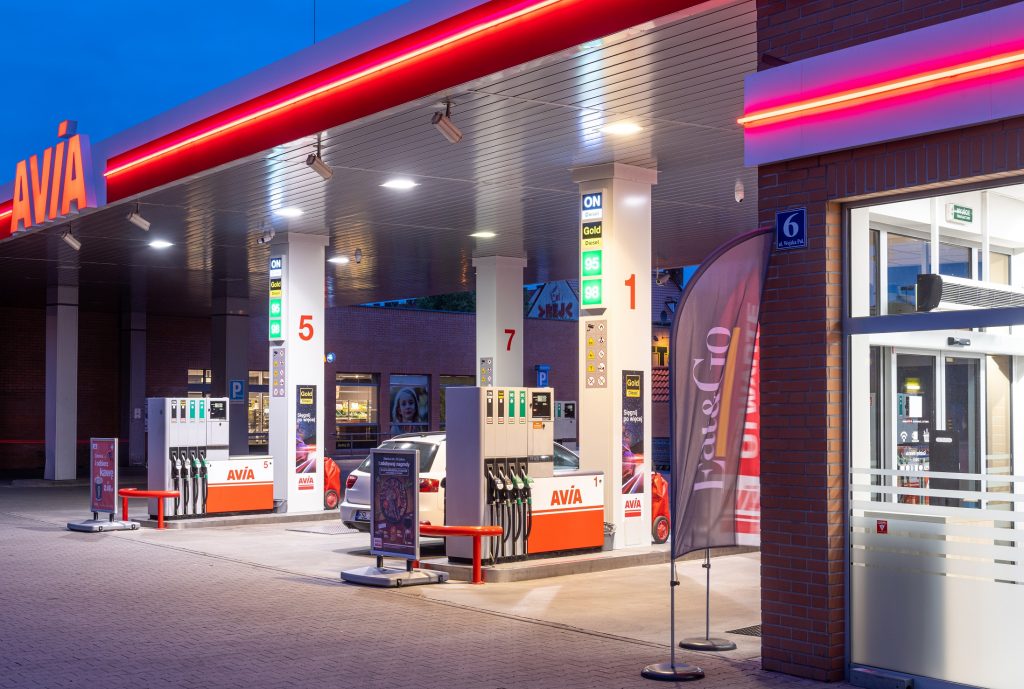 The holiday period is in full swing, but not for the UNIMOT Group, which keeps the pace and till the end of July it plans to launch six new AVIA petrol stations, including two own ones. Motorists can already refuel at AVIA stations in Słubice, Zielona Góra, Wólka Jagielczyńska, Piaskowice and Radomsko, and soon also in Pieniężno. Since the beginning of August there will be 72 facilities operating under the AVIA brand within the UNIMOT Group.

Each of the six newly-opened stations is well equipped and adjusted to serve most types of vehicles. It offers the motorists several refuelling stands with a possibility to choose popular fuels, including the premium fuel AVIA Diesel Gold, at competitive prices.

We are consistently expanding the range of the chain of AVIA petrol stations, this is our underlying objective. I am pleased that in summer, when the long-distance traffic is more intense, we are launching new facilities and our offer reaches an ever larger group of motorists – says Mr Robert Nowek, Managing director of the AVIA chain in Poland and Ukraine. At the end of the holidays we want 80 stations to function under the AVIA brand – adds Mr Nowek.

The station in Słubice is a typical city facility, located in the centre of the city. This is one of the key points of the AVIA chain on the map of Poland due to its near-border location. The station is equipped with a modern shop concept Eat&Go with a comfortable relaxation zone, regular USB sockets for charging mobiles, modern lighting and new coffee corner with coffee machines of a Swiss brand.

The facility in Zielona Góra i located near the city bypass. This is also a typical city station that offers high-speed petrol pumps, that is refuelling stands for trucks. The station will ultimately also function in the Eat&Go concept, similarly to the facility in Pieniężno, which will have been launched till the end of July. Stations in Słubice, Zielona Góra and Pieniężno will be open 24/7.

At the express road S8, between Warsaw and Katowice, in Wólka Jagielczyńska, operates another AVIA stations with fuel pumps for trucks. The facility also offers coffee and snacks.

The remaining two stations will be launched in Piaskowice, near the A2 motorway, and in Radomsko, near the national road No 91.

Since the beginning of August there will be 72 stations operating under the AVIA brand within the UNIMOT Group. Next eight stations are planned to be launched at the end of the holidays. The stations are located mainly in medium-sized and small towns. The are also available in larger agglomerations – Cracow, Poznań, Warsaw and Wrocław.