UNIMOT has summarised the year 2017 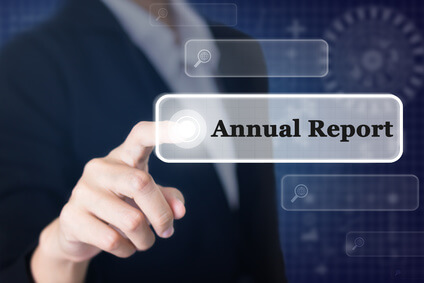 The UNIMOT Group has published the consolidated statement for the year 2017. Compared to 2016 the Group has achieved higher revenues on sales, the net profit in turn has been lower.

In 2017 the UNIMOT Group achieved revenues on sales at the level of PLN 3,01 billion, compared to PLN 2,52 billion for 2016. The growth in revenues by over 19% yoy took place mainly thanks to the growth in the wholesale of diesel oil, bio-fuels and LPG. The Group achieved EBITDA profit at the level of PLN 38,4 million, that is by 14% less than in the previous year. However, the achieved by the Group net profit amounted to PLN 22,4 million, compared to PLN 29,6 million of profit for the year 2016. The drop in the net profit by 24% yoy was mainly caused by lower margins in the wholesale of diesel oil, and also an increase in costs, mainly the cost connected with achieving the National Indicative Target on stock and mandatory provision of diesel oil.

– In connection with imprecise regulations concerning achieving the NIT, the Company decided to interpret them in a conservative manner and incur higher costs, which will only be of one-off nature – explains Mr Maciej Szozda, the President of UNIMOT S.A. – Considering a very demanding external environment in 2017 we are satisfied with the achieved result. This is even more satisfying as the growth of the scale of Group’s operation and preparing its further dynamic development in 2018 caused growth of employment, and the dynamic development of AVIA brand fuel stations, implementation of Tankuj24 application and development of own network of natural gas distribution generate additional fixed costs.

The most important achievements of the past year surely include entry of UNIMOT S.A. into the group of companies listed on the Warsaw Stock Exchange. The company also achieved the adopted for this period issuance goals. Launched in May 2017 application for online purchases of fuels soon gained popularity and at the end of the previous year this service was offered at 100 fuel stations in Poland. Even more dynamic was the project of introducing to the market the network of AVIA franchise fuel stations. Until the end of 2017 the Company started as many as 15 stations under this brand, and thus placed AVIA in the third place in the country with regard to most dynamically developing networks of fuel stations.

It is worth stressing that in the previous year very high growths in revenues on sales and turnover volumes were achieved by subsidiaries of the UNIMOT Group. In the electricity and natural gas sales segment the company UNIMOT Energia i Gaz (previously Energogas) in 2017 significantly increased its revenues from sales of electricity and natural gas to final customers – from PLN 0,77 million in 2016 to PLN 23,74 million in 2017. Compared to 2016 the Company increased the number of power and gas delivery points by as much as 165%. Also, the company Tradea, which conducts wholesale of energy through auctioning and brokerage platforms significantly increased its revenues –  from PLN 33 million in 2016 to PLN 96 million in 2017. The number of energy providers cooperating with the Company, compared to 2016, grew by 123%.

Currently the Management Board of UNIMOT is developing the strategy of further development of the Group for next 3 years.

– Currently we are continuing intensive works on defining the most perspective directions of development, analysis of chances and market capabilities, which we want to transform into specific goals – adds President Szozda. – The most important points of the strategy will certainly include development of the AVIA fuel stations, as well as strengthening the position of the leading independent importer of fuel products, who provides its offer to a wide range of customers and takes part in public tenders; and finally, a wider opening to trading other products from the offer, i.e. natural gas and electricity. We also consider development of international operation.

The strategy of further development of the UNIMOT Group will be announced in the 2nd quarter of the current year.

UNIMOT S.A. will allocate 50% of standalone net profit for 2020 for dividend

The Ordinary General Meeting of UNIMOT S.A. has decided to allocate PLN 16.1 million for dividend,...

Appointing Supervisory Board of UNIMOT S.A. for next term of office

Shareholders of UNIMOT S.A. at an Ordinary General Meeting have appointed the members of the...