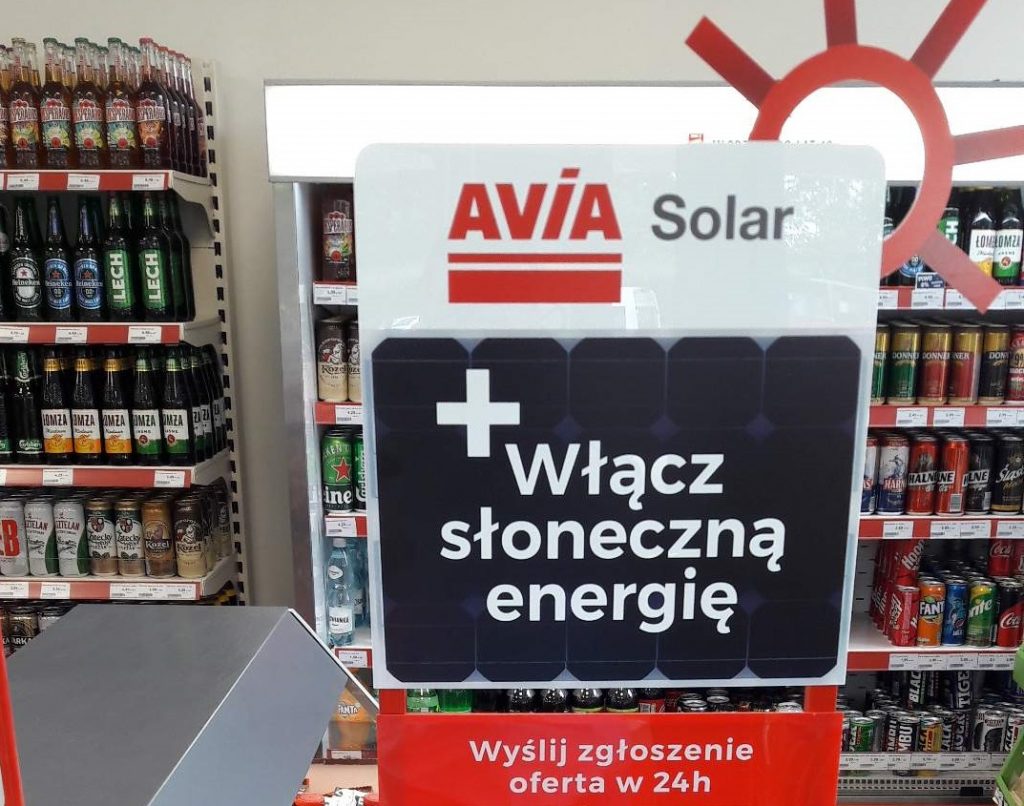 The project called AVIA Solar, which has been developed by the company UNIMOT Energia i Gaz from the UNIMOT Capital Group was launched in the half of May 2020, and already in the half of June the offer of photovoltaic panels was directed to the chain of AVIA petrol stations managed by UNIMOT S.A.

„In business time is money so we were eager to direct our offer of photovoltaics to AVIA petrol stations, which are our natural channel of reaching the customer directly” – says Mr Adam Sikorski, President of UNIMOT S.A.. „We realise that the summer period is an ideal time for installing solar panels, therefore, June is a period of very intense works for us, which produces results in the form of first contracts for photovoltaic installations for the AVIA Solar brand. We can pride ourselves on the fact that since the launch of the project all the sources of acquiring customers have brought us contracts for the installations of the capacity over 100 kW” – adds President Sikorski.

The offer of AVIA Solar at petrol stations is supported by the campaign BTL and in social media. Special stands of AVIA Solar are being placed at the stations, where with the use of a tablet station’s customers can leave their contact data and receive even PLN 6 thousand of discount for the photovoltaic installation. The stations have also been provided with professional leaflet information, and the whole action is supported by the promotion campaign on the Internet.

UNIMOT S.A., listed on the WSE independent importer of liquid and gaseous fuels has decided to...