President of the Management Board of UNIMOT S.A. Adam Sikorski PRESIDENT OF THE YEAR 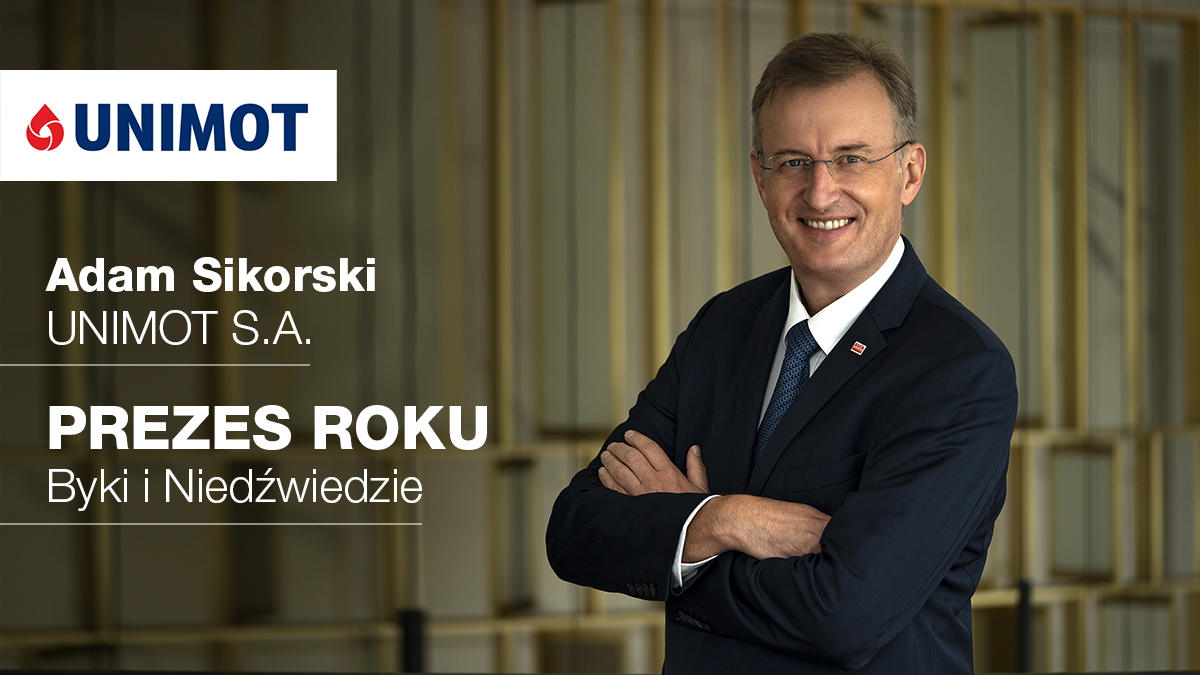 Prestigious awards of the capital market Byki i Niedźwiedzie (Bulls and Bears) have been granted already for the 27th time. Twelve personalities and institutions have been awarded for the achievements and successes in 2020. The body of laureates has been joined, with a title of the President of the Year, by Mr Adam Sikorski – president of the fuel and energy company UNIMOT S.A., listed on the Warsaw Stock Exchange (WSE), whose shares are included into the sWIG80 index.

The awards Byki i Niedźwiedzie are granted to best companies, managers, economists, institutions and experts of the capital market. They award hard work, both of persons and institutions, and its outputs. This year the title in the category “President of the Year” was given to Mr Adam Sikorski – President of UNIMOT S.A., fuel and energy company listed on the WSE.

Being awarded the title of The President of the Year is a great distinction for me and the whole team of the UNIMOT Group. I think achieving a success and closing the year 2020 was to a large extent conditioned by our experience, flexibility and efficiency of actions, and also risk that we are not afraid to take. In 2020 we managed to make use of market opportunities and successfully navigate in the volatile pandemic environment – says Mr Adam Sikorski, President of the Management Board of UNIMOT S.A.

The awards were announced during an official gala that was held online on 24 March 2021. Byki i Niedźwiedzie are the awards granted annually to best stock exchange companies as well as institutions and organisers of the capital market. The statuettes are supposed to distinguish and promote institutions and professionals who contribute to the development and popularisation of the capital market.

Changes in the Management Board of UNIMOT S.A.

The Supervisory Board of UNIMOT S.A. has appointed a new Vice-President of the Management Board...

UNIMOT: financial results for 2020 are the best ones in our history

UNIMOT S.A. with top standards in communication with investors

UNIMOT S.A., the fuel and energy company listed on the Warsaw Stock Exchange (WSE), whose shares...