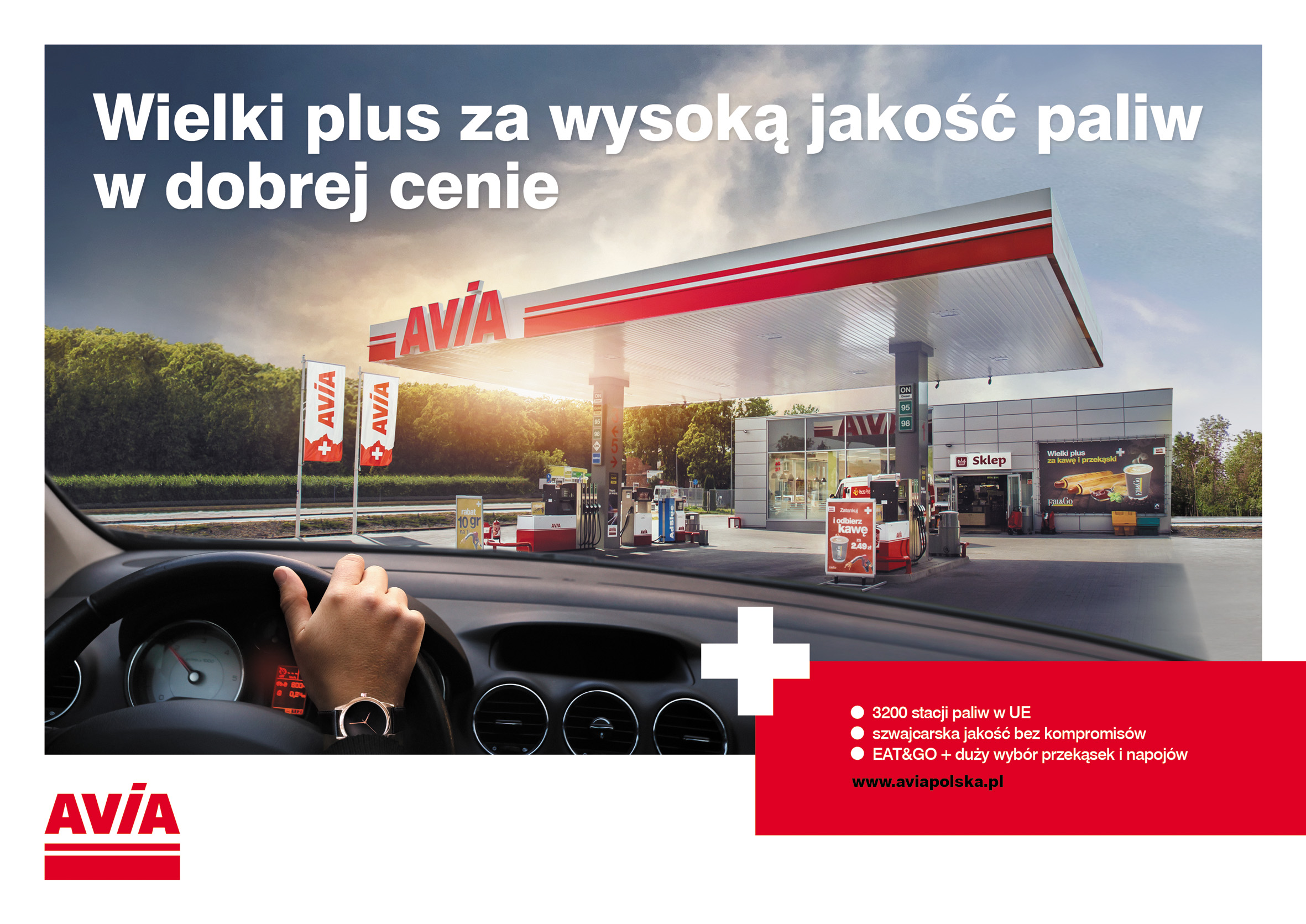 „A big plus for the high quality of fuels at good prices” this is a new slogan that promotes products and services with the quality mark of AVIA Poland. Apart form the Swiss background, excellent quality of fuels and affordable prices are exceptional assets of the stations’ offer. The new edition of the image campaign is part of a communication platform “A big plus for…”.

The second edition of the campaign is a continuation of the brand’s story regarding its Swiss background, qualitatively competitive offer, both with reference to products as well as services available at AVIA stations. What is more, it stresses a dynamic development of the brand through launching new localisations with the modern catering concept Eat&Go, aromatic coffee and fresh snacks.

We launched the first part of the image campaign of the AVIA brand in May this year. Its objective was to communicate our Swiss background and therefore high qualitative standards that we are introducing to Poland — says Agnieszka Bobrukiewicz, Marketing Director at UNIMOT S.A., who is developing the AVIA brand. This time we are launching the second edition of our image campaign in which we want to pass the message that this high Swiss quality is available at Polish stations at affordable prices — adds Mrs Bobrukiewicz.

The campaign was launched on 22nd September with spots broadcast in 34 local radio stations whose range covers the vicinity of AVIA petrol stations. Also, a banner campaign has been planned in top internet services and Google search engine as well as social media channels, such as Facebook and Instagram. The AVIA brand will also promote its image through a popular among motorists mobile application Yanosik. These actions are supposed to be continued until November.

The platform „A big plus for…” combines all marketing activities undertaken by the AVIA team. However, primarily the “plus” represented as the Swiss cross brings connotations to the brand’s roots. References to Switzerland and the style known as Swiss Design can be found in the whole image communication — the projects use Helvetica font (the name comes from the word Helvetia, a Roman term for current territory of Switzerland), and the creations are prepared based on an organised style, asymmetrical shapes, distinct lines, minimalistic block sets and characteristic for Switzerland white and red colours. The AVIA brand that comes from Switzerland had its debut on the Polish market with its first station in 2017. Currently, the chain includes already over 50 stations and is successively building its image among the Polish motorists.

The company UNIMOT Energia i Gaz from the UNIMOT Capital Group has signed a cooperation agreement...