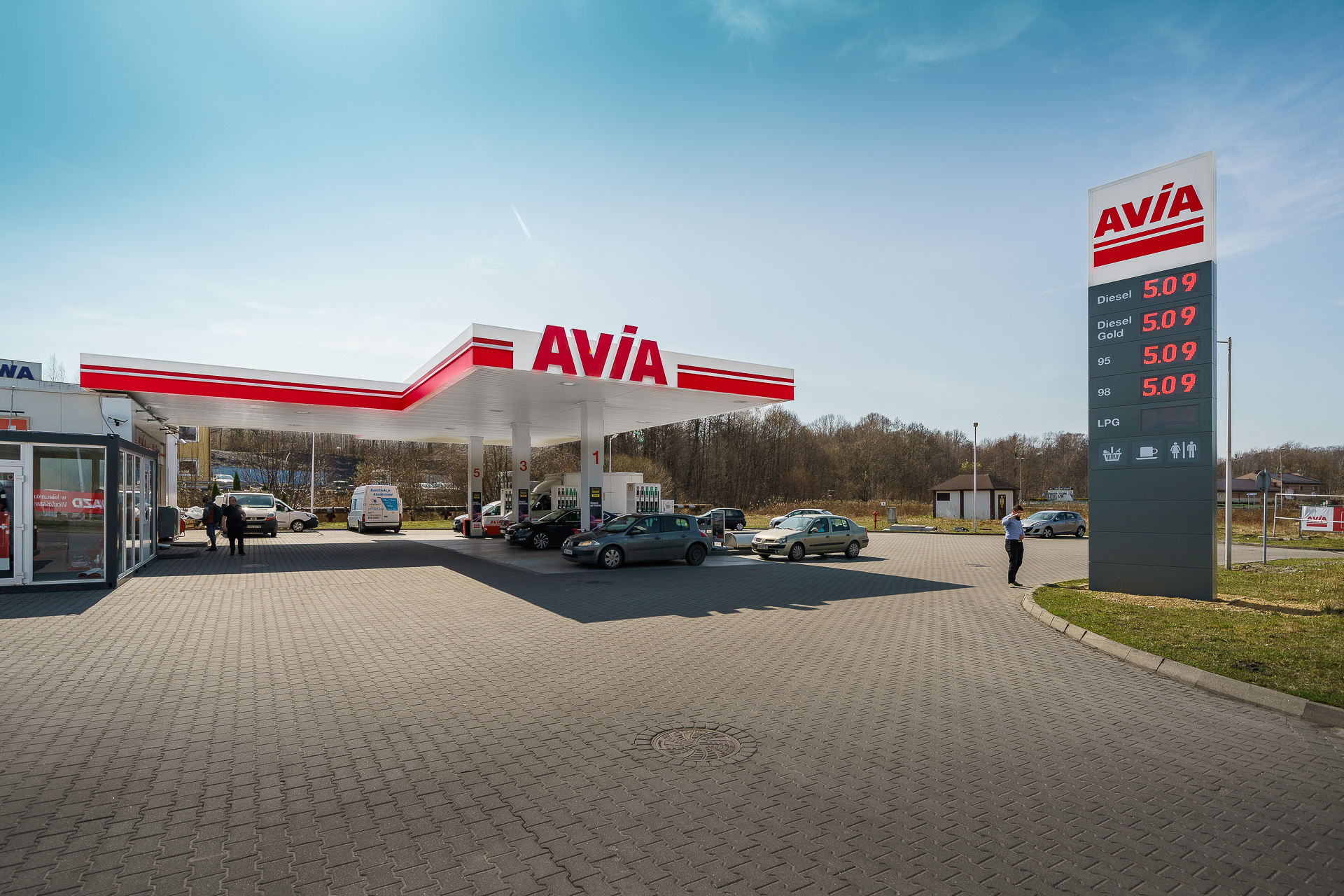 The chain of AVIA petrol stations developed by UNIMOT S.A., is growing in strength and launches 7 new facilities. Over next few days the company will launch its own stations in Jastrzębie-Zdrój, Poznań and Grzegorzewo. Also four franchise stations will be launched soon in Rzepcze-Głogówek, Grońsko, Redło and Sierpów. Four stations will include the catering concept Eat&Go with its modern solutions and comforts.

All the AVIA stations offer the motorists several refuelling stands with a possibility to choose from popular AVIA fuels. Selected stations will also offer the premium fuel AVIA Diesel Gold.

The facility in Jastrzębie-Zdrój is located at 2, Pszczyńska, which is situated near the city centre. The station in Poznań allows to reach a large number of customers as is has been constructed on the corner of the streets Juraszów and Lutycka by the national road 92, running through the territory of four provinces: Lubuskie, Greater Poland, Łódzkie and Mazovian. The own station in Grzegorzewo is also situated by the national raod 92 between Kłodawa and Koło. The station offers a large TIR car park.

Three new AVIA stations include a modern concept Eat&Go, which is a combination of minimalism, fashionable colours, market trends and ergonomics of a modern convenience shop. The concept’s interior is divided into two zones: shop and relax ones. The coffee served at the new stations is an original blend of carefully selected beans of 100 per cent Arabica of exceptionally reach aroma and delicate, pleasant taste. The stations with the Eat&Go concept have also been fitted with large size LCD screens Digital Signage, informing the motorists about latest special offers, and also audiomarketing.

The station in Rzepcze-Głogówek, in the Opolskie Province, conducts its activity by the Provincial road 416 and it is a franchise station that offers a number of comforts for the motorists, including the catering concept Eat&Go. The station in Grońsk, in Greater Poland Province, located at the national road towards Świeck — between Pniewy and Świebodzin — offers a coffee corner and snack offer in the form of hot dogs. So does the station in Redło, in West Pomeranian Province, which is located by the Provincial road 152. Within the station you can also find a shop whose offer is directed both at motorists and local residents. The last of the newly-launched AVIA stations is located in Sierpów by the national road 91, between Ozorków and Łęczyca.

The year 2021 and the current situation require all of us to be more alert. Therefore, we are even more pleased when we succeed in launching next petrol stations under the AVIA brand according to the schedule. Our own stations include the modern catering concept Eat&Go, which we have been successively introducing since last year. Four other stations joined the chain as franchise ones. Collaboration with business partners is also very important to us — says Mr Robert Nowek, Managing Director of the AVIA chain in Poland and Ukraine. We closed the past year with a number of over 60 stations, of which 80 per cent are the franchise ones. This demonstrates that we possess proper tools and knowledge in this area to create ideal conditions for collaboration with partners. We are developing an systematically achieve the set goals – we want to close this year with 100 of AVIA stations in Poland — adds Mr Robert Nowek.

The AVIA chain currently includes almost 65 of operating facilities, which are located in the whole territory of Poland. The stations are launched primarily in medium-sized and small towns. However, AVIA does not forget about the largest agglomerations expanding its operations also with the biggest cities in Poland.

UNIMOT S.A. is introducing a new benefit for the members of UNIMOT Club+, a loyalty programme for...

Dear Sirs, With regard to extending by the European Union the sanctions imposed on Belarus...

On 7th July the Unimot Group commenced sales of diesel oil from the terminal of Baltchem in...