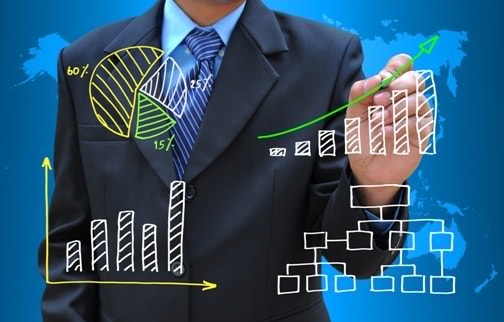 UNIMOT has published a consolidated interim report for Q1 2018. The Group has achieved higher revenues on sales compared to the corresponding period of 2017, however it recorded lower profitability.

In Q1 2018 the UNIMOT Group achieved total revenues at the level of PLN 677 million compared to PLN 666 million in the corresponding period of 2017. The growth in revenues by 1,8% yoy was mainly driven by the growth in wholesales of Diesel, electricity and natural gas. The Group recorded EBITDA result at the level of PLN 0,8 million and net loss of PLN 1,9 million, against the net profit of PLN 7,9 million for Q1 2017.

– The first quarter of the current year was very demanding to us, mainly due to market environment of our leading business, which  is Diesel sales – claims Mr Maciej Szozda, the President of the Board of  UNIMOT S.A. – I would like to stress the fact that despite the unfavourable situation in the analysed period UNIMOT increased Diesel sales by 18,8% compared to the corresponding period of the past year, However, the cost of sales were significantly higher than last year being the result of, inter alia, mandatory reserve storage cost, National Index Target realisation cost and investments into new projects, i.e. AVIA chain and Tankuj24 development – explains Mr Maciej Szozda.

Additionally, the Unimot Group’s results were significantly influenced (of book not cash nature) by lower by PLN 7,7 million Diesel mandatory reserve valuation, driven by a significant change of spread between Diesel spot and forwards prices. After the adjustment by this item, the consolidated EBIDTA amounted PLN 8,4 million – this is the level lower by 30,9% than in the corresponding period of the previous year (PLN 12,2 million).

Also the LPG sector of UNIMOT functioned in a more complicated market conditions than last year. Following the limitations in LPG supplies to Poland that have been lasting since the end of 2017, its costs related to transport, transhipment and forced stoppages at storage facilities grew. In spite of this the  Company managed to increase LPG sales volumes by 11% against the corresponding period of the previous year.

UNIMOT also continued investment actions related to developing the AVIA stations chain and implementing Tankuj24 application. The company launched 5 new stations under the AVIA brand and at the end of Q1 owned the chain of 20 stations in Poland.  – We want the AVIA chain to include 45 stations till the end of the present year, and till the end of 2020 there shall be over 100 of them – declares Mr Maciej Szozda.

In the electricity sector the UNIMOT Group achieved much better results than in Q1 of 2017. Intensive sales actions of subsidiaries resulted in a record number of new contracts, growth in volumes by 575%. The electricity segment generated EBITDA in the amount of PLN 4,3 million, compared to PLN 0,3 million in the corresponding period of  2017.

– I want to assure that the Management Board of UNIMOT makes all efforts to mitigate the factors that could unfavourably influence the Group’s results in upcoming quarters – explains President Szozda. – Also present works of the Board on finalizing the UNIMOT’s strategy for further years are aimed at focusing marketing actions on most promising development directions, which is supposed to support the long-term value creation of UNIMOT – adds President Szozda.

The development strategy of the UNIMOT Group for the upcoming years will be announced at the end of Q2.